Two Irish men drive through a petrol station to fill up their truck. They notice a sign saying “Enter here for a chance at free sex!” They wander inside and ask the attendant how to enter. The attendant says that they have to guess a number between one and ten.

The first guy guesses five. The attendant says, “Sorry, but the number is eight.”

The second guy guesses seven and the attendant says, “Sorry, but the number was three.”

As the two men drive away, one of them turns to the other and says, “You know, I think that contest was rigged.”

The second guy–the smarter of the two–replies, “Naw, it's on the up and up. My wife won twice last week.” 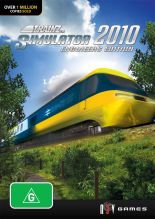