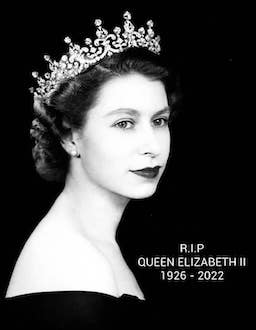 Well it is the end of an era, a woman who promised to serve us all has passed doing her duty until the end. Best wishes and Rest In Peace wonderful person.

I hope that there is a rainbow bridge and you are now with your dogs & horses and of course charging around with Philip on his racing carraige enjoying the wind in you face.

We will all miss you.

“It’s worth remembering that it is often the small steps, not giant leaps, that bring about the most lasting change”