Please note: This is my opinion, your mileage will be different

As mentioned in the shout box I went and purchased the TRS22 Plus from Auran/N3V a fairly big slice of the pension. Straight away it was obvious that no improvement had been made in the ability to write nice driver activities using the session system, sure there were loads more fluffy dice but the ability to write something where the driver had tasks to perform and add additional traffic was just as tedious as TRS2006.

Still not wanting to give up I looked at how to do something that was quite simple in the RBR Activity system, that was at certain points let one or another part of the activity know to go ahead, the message system is really not suitable, it is simply a semaphore (on/off) well doing it in a ‘rule' was not too much of an issue but adding it to a driver command list was a terror. Then they have this really silly idea that to get a list of triggers, track marks et al you have to instigate a background search and cater for all of that when the list could simply be loaded and cached by the underlying game system … humpf multiple rules need to look something up, multiple rules initiate threads, multiple waits, multiple code when it should be a library call (which it used to be).

Anyway got past that and tried to look for a layout that was geared towards driving, nearly all try to be ‘prototypical' which of course means that to get from one industry/station to another is monumental for a driver activity. As an example Lithgow to Bathurst is over an hour to drive that's fine in real life but is monumentally boring for a story line. The RBR map was designed for driving pleasure, anyway that still aint the drop off the cliff just another tedium.

So keep digging for routes, some would be ok for a drive or two and you go and try them out. Almost everyone comes up as missing assets, even so called payware ones, go looking and you need to go through all sorts of hoops to acquire all of the missing stuff, but even more are missing because the new assets also need others that are not available. So on one map I was looking at someone mentioned that it would be helpful if the author checked his layout to make it easier for us numnutz and he copped it for being unappreciative, stupid, not community minded and being an awful person.

That was it for me, we were definitely not perfect at RBR but we put serious effort into making sure that the layouts had all the assets needed, the Activities ran without crashing or doing other nasty stuff, and most of all that the driving was fun!

The new TRS22 is really nice and pretty, the eye candy appeal over TRS2004 is undeniable and it is a much better simulation as a whole but it is not remotely geared to allowing the creation of playable driving activities that are fun and challenging. You can drive, look at pretty scenery, marvel at all the fluff but to have a fun challenge, nope. As I used to say in the RBR dayz train driving is totally boring in real life, until something happens of course, we are not writing real life scenarios it is about driving and having fun and that is not TRS22. 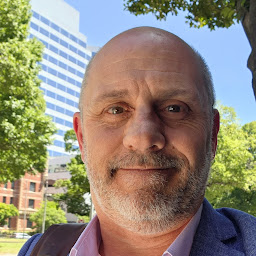