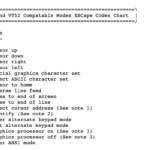 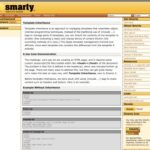 Template inheritance is an approach to managing templates that resembles object-oriented programming techniques. Instead of the traditional use of {include …} tags to manage parts of templates, you can inherit the contents of one template to another (like extending a class) and change blocks of content therein (like overriding methods of a class.) This keeps template management minimal and efficient, since each template only contains the differences from the template it extends. 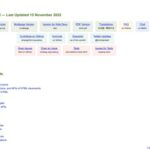 HTML is the World Wide Web's core markup language. Originally, HTML was primarily designed as a language for semantically describing scientific documents. Its general design, however, has enabled it to be adapted, over the subsequent years, to describe a number of other types of documents and even applications. 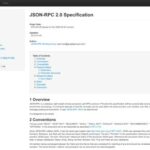 JSON-RPC is a stateless, light-weight remote procedure call (RPC) protocol. Primarily this specification defines several data structures and the rules around their processing. It is transport agnostic in that the concepts can be used within the same process, over sockets, over http, or in many various message passing environments. 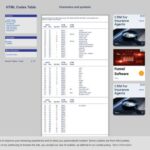 How to set up favicon.ico and associated image files on your web site.