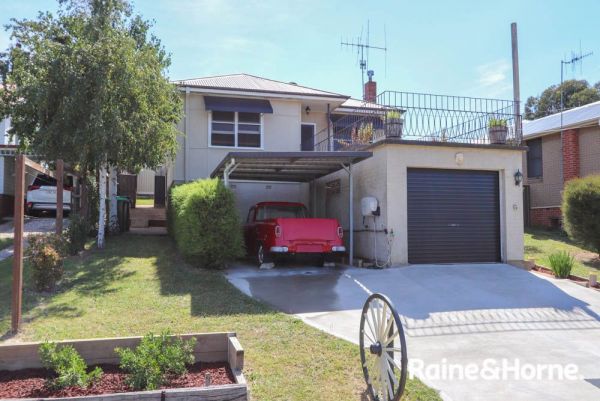 Due to our health deteriorating we are having to leave our farm and move into Bathurst. Not looking forward to being in the middle of other people, though where we have purchased there are neighbours both side and at the rear but the front houses are further down the hill and hence not so visible.

We supposedly have a view to Mt Panorama, well yeah we can see the mountain but right below us is Bathurst Gaol. There is a nice bit of park not far away so that we will be able to take Oscar for good walks, he is starting to slow down a bit but he will still be missing being a free man to a city woof.

Before we move in the place needs to have some work done to make is safe for Helen's asthma and it does need external painting and re-guttering and so forth. We are having to take a mortgage so being in debt again is not pleasant, though depending on the buy/sell final calculations and how much we need for renovations it might not be a huge amount, let's hope!

In case you are wondering, we decided on Bathurst even though it was more expensive as Helen works part time there and there is the ‘Bathurst Bullet’ which takes you into Sydney, soon to be twice daily plus the XPT. There was a really nice place in Oberon we were considering but then we would still be travelling and pets would have been an issue.

Hope everyone is well, we are still mourning Lucy.