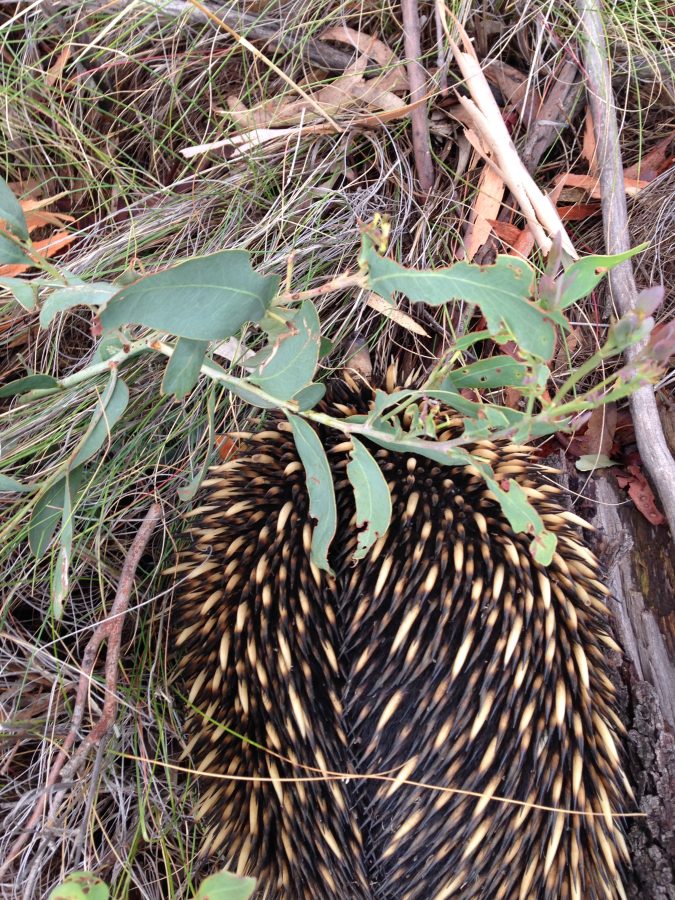 On Wednesday we had to make a trip into town to pick up my new iMac (old one fell off its stand) as we were traveling down our road noticed a large echidna. We usually see smallish ones but this one was huge about 40cm long, well ok huge for out here. Some pictures below, not all that great done with the iPhone.