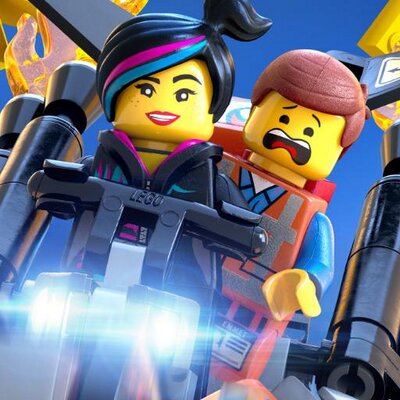 Well just for fun I bought the DVD of The Lego MovieÂ  it was very funny, with so many puns in it I am not sure how they fit them all in though at times there were three active at a time which I think is pretty much a record. But it is a nice fun movie, sure it is meant for kids but there are still plenty for us old farts to laugh at, seriously we were chuckling quite often and even a few real laughs out of it, with the rewind/replay used a few times. So a funny afternoon watching the boob tube.

The other hugely amazing thing, well at least Greg reckons it is world shattering, is that I have found a graphics program that I can actually drive. It loads all of the adobe formats, plus does svg and everything that I can image but also allows a grafkickally person like me to modify images without blowing my brain circuits. The logo over on phpMQ and the icon etc we from an EPS file with vector graphics normally I would have to pay someone to do the work but I was able to do that one in a couple of minutes. Another that I am working on with logos, banners and etc which would be totally impossible for me are all done and took only about an hour.

Hugely impressed with iDraw, yes it is mac based, but at only US$25 it is the best and simplest tool I have ever found, I have been running Parallels with Photoshop when I needed to try and mangle things but I am now free of that too! Happy happy, joy joy.

Anyway move along, this is not the blog we are looking for.