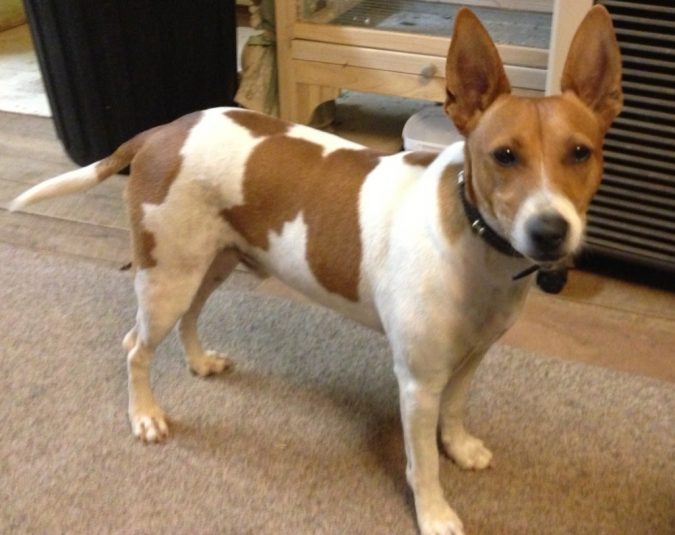 Barney Trouble our Basenji/Foxy cross died this morning. Helen was leaving for work and he got away and chased her up the road, which he often does only problem this time is that he ran under her wheels and was killed instantly. Not Helen's fault he was a bugger for it when he got it in his head that he wanted to follow the car. Normally I say go but I meant while you can see him but it was his fault and mine for not grabbing him, I was holding some feed for the horse across the way.

Well Barney is now in doggie heaven and no doubt he is up to trouble and having loads of fun, hope the chooks in heaven let you have some eggs to crunch. Missing you helping me code already bye mate rest well.