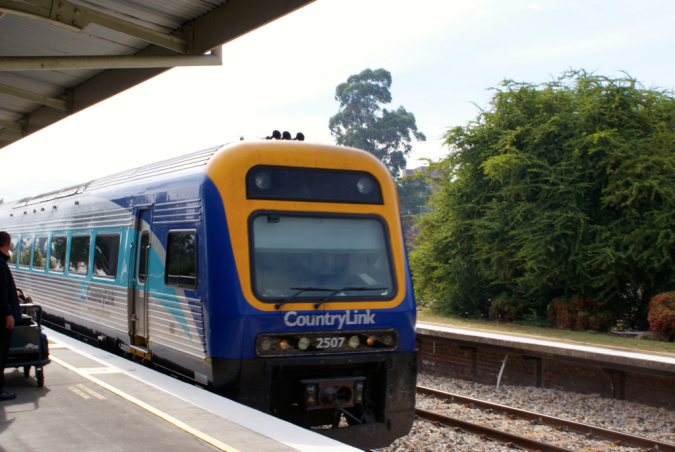 We wanted to do the train trip to Broken Hill for a while, still can't be away for any length of time so we decided to go out and back with an over night stay only. The train leaves Sydney on Monday and returns Tuesday so thayt's what we did as well. It is about 10 hours from Bathurst so 20 hours of train travelling in about 36 is pretty wearing especially with kids screaming and carrying on with the trip to Broken Hill (we had to go second class) on the way back much quieter as we had first class.

Just seeing all of the flat land was pretty amazing to us as nothing is flat near where we live from Parkes to Broken Hill was pretty much straight and flat, we got to see a wheat train actually loading grain as we whizzed past at about 120kmh. At Broken Hill we stayed at an old shearers hotel, no pub any more converted into a ‘motel' the aroma of the old place was marvellous. Went for a walk down the road and had a marvellous chinese dinner. Next morning bright and early it was back to the station for the train back.

So we had what we consider a good break, most people would probably say boring but hey we aint into all of this noise and stuff people seem to want when away.

Video of the flatness…