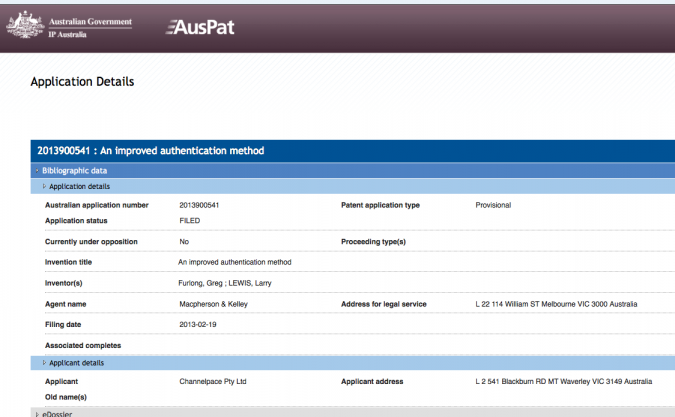 Back when Greg & I initially discussed what Channelpace would be and how it would work he mentioned that the business email had to be the ‘identifier' for logging into the system, what was also needed was to verify that the person actually still worked for the company entity in question. If you have work for a company you know that the minute you leave the email address you had is cancelled. So Greg wondered how we could use that to verify the user and process the logon in one step. After a lot of discussion we cooked up a system where the person logging in would only put their email address in, the system would send a login key to them at their business email address which they then could either input or click the link in the message and they would be logged into Channelpace.

What this meant was that we had no password at all, something that before then seemed to be impossible was created. That also meant no lost password processing, no need Â  whether they were still employed at the business all became non-issues. Even ‘registration' simply involved logging into the system as the email address was the primary identification for the whole system other details although important to functionality were immaterial to the core parts of the system.

We have even used the same system for ‘pairing' mobile devices so that we can allow someone to simply enter a variation of the login key and we link the mobile device to the account on Channelpace. Obviously they are able to de-link a device from either end, ie the mobile can ‘logout' and on the site you can deauthorise a connection. So when we cooked all of this up I said this is a patentable idea when the cost of doing the patent was mentioned (like about $50k) there was some teeth gnashing but in the end we went ahead and the patent attorneys did an initial search to make sure it wasn't already done and shazzam Greg & myself are now the inventors of a patent. So really spiffy!

Still coding away on Greg's baby, he is about to raise the second funding round for the business so that we can continue development and roll out of the system, it is not yet rolling but the core parts have been completed and we are now rolling … hopefully it will start earning dosh soon, be nice to have money coming in again after all these years of scratching.